Skip to the content
Manking Hamlet, Människokung Hamlet / The Work in progress 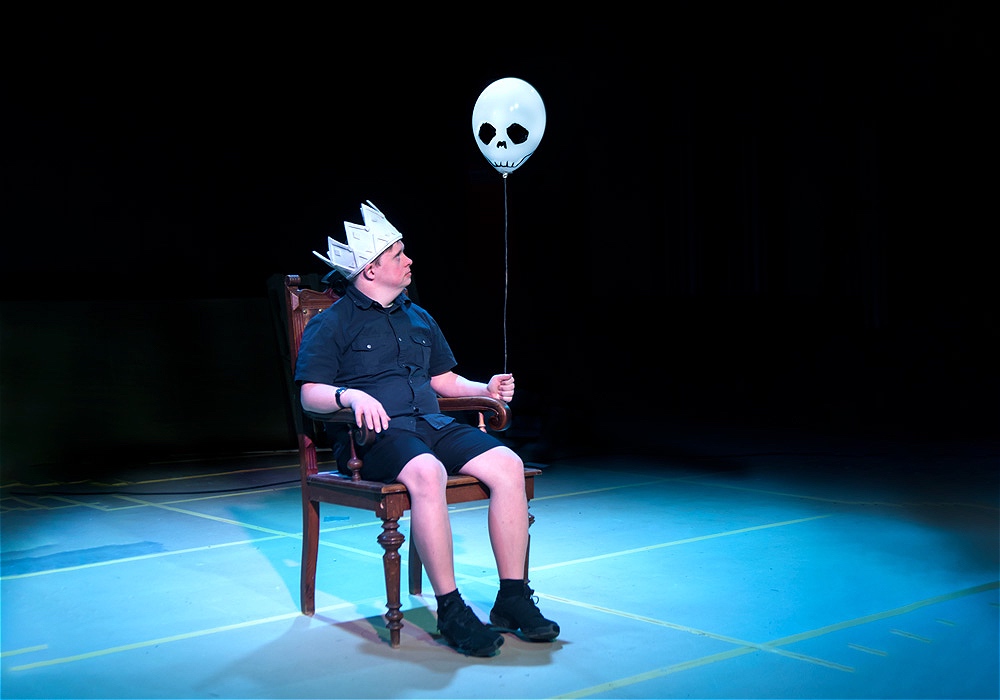 Joakim Fernström actor with down syndrome always wanted to do Hamlet. A challenge of love and insanity, sorrow and bliss. Daniel Rudholm artistic director of Mosaikteatern where asked as a co-creator. At first Joakim wanted a big ensemble to fill the cast. But later fund it more interesting doing it as a solo piece. All characters made single handed but with audience participation.
Shakespeares words pretty soon felt overwhelming, needed to find another way of telling this story without the literary text. Images, sound, music and physical actions. Two more stories emerged. The story of ”The Lionking” that has accompanied Joakim since childhood and the Story of his own birth. “A birth of a prince!”. This is a work in progress, the full premiere will be Spring 2022.